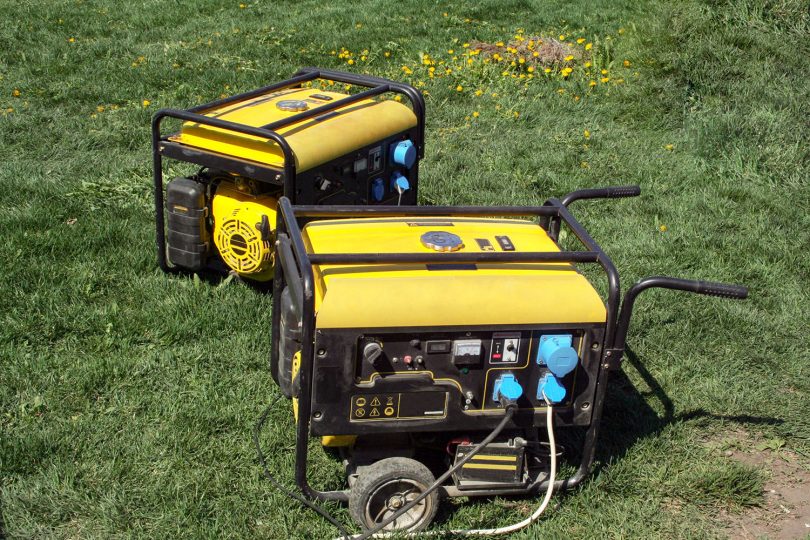 These two wattage rates are essential in calculating the amount of power required to run your appliances and selecting a generator to run these devices. They differ in appliance model size and make and also help size generators.

What is Appliance Starting and Running Watts?

Some appliances require an extra push to start a motor in their system, and some maintain their original power draw constantly.

When calculating your power requirements, you will need to know the type of appliances you will be powering.

Most of them are used in heat production and heating or lighting. Examples of these resistive loads are light bulbs, toasters, coffee makers, or devices with a heating element.

Resistive loads consume active power only. That means the power supplied from the source is supplied directly to the load, and there is no power flowing in reverse. But there are some exceptions.

Electrically, resistive loads’ voltage and current waveforms are in perfect phase with each other. They reach their peak, minimum, and zero values same time.

This is where things start to get tricky and when starting and running, watts come in. Reactive loads have electric motors inside them, and they require additional power when starting and significantly less when running.

Most of the time, reactive loads’ starting power is three times the amount of watts they need to keep them running. Examples of such appliances or loads are freezers, furnaces, air conditioners, well pumps, refrigerators, air compressors, and any other device with a motor.

Most reactive appliances require the internal motor to run fans, such as a refrigerator and a furnace. Others use the extra wattage to start other types of motor, such as a defrost cycle used in freezers and refrigerators. The compressor and fans will need more power to start, and when they get going, their power draw drops drastically.

Another thing, with reactive loads, the power draw might change depending on the stress put on the motor when they are in operation.

For example, if you’re using a saw to cut wood, at idle, it will draw the same power until you start cutting again. When the motor is running, its speed will vary with torque demand and the power it draws.

So, the running watts will keep rising and falling depending on the motor operations for some reactive load.

What is Generator Starting and Running Watts?

Because generators are used to run both resistive and reactive loads, the starting and running watts also apply.

It’s crucial that you understand how much starting and running power you need from a generator before buying one to use with your appliances.

If you have a generator at home or you’ve used one, then you might have come across the starting watts numbers printed on the generator. That’s the amount of power the generator can produce in a short time to start the reactive loads, usually in less than 30 minutes.

If your generator’s starting watts are 4500 watts, it can only provide 4500 maximum for less than 30 minutes. So, assuming you’re running five reactive loads requiring 4000 starting watts, the generator is more than enough to start them.

Another value that you will come across as a generator owner is the running watts. Like starting watts, the amount of power the generator can produce to power enough for the reactive loads. But unlike the starting wattage, which is provided in a short period, the running watts have to be provided continuously to keep the reactive appliance running.

What are the differences between starting and running watts?

When picking your power generator, it’s imperative you select a model with enough starting and running watts. That means you’ll have to add all the starting power of all the appliances you intend to run with the generator and their running watts separately.

Resistive loads (appliances or devices with no motor in them) have the running watts only. So, you will have to include their wattage ratings in the total running watts you need from the generator.

How Do I Convert Amps To Watts?

Appliances have their power requirements listed in amps, volts, and watts. With most generators listing their outputs in watts, you might want to know how many amps it delivers. You can easily convert it by dividing wattage by volts (Amps = Watts/volts.)