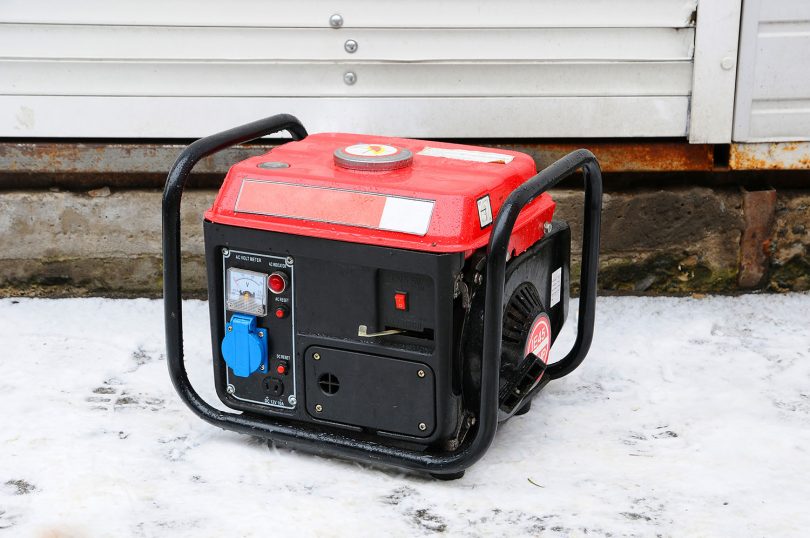 A generator can help you keep your family safe or give you some peace of mind when you need portable power to use off the grid. However, it can also frustrate you if you’re having problems starting or keeping the engine running. Some generators even start quite well, run for a while, and shut off after 20 minutes. What might be causing this?

Well! Even though it’s odd your generator starts and shuts down after 20 minutes, there are two or three possible reasons behind this. Your generator oil might be low, or the oil sensor isn’t working, the vent hole of the fuel tank cap might be plugged, the carburetor dirty, or you might be using less fuel or low-quality fuel.

You can’t be sure what’s causing the problem unless you troubleshoot the possible causes. So, where do you start? I will take you through the steps and help you determine why your generator runs for 20 minutes and shutdown. So, be sure to read this post to the end.

How to Troubleshoot a Generator That Shuts Off After 20 Minutes

I will admit it’s odd that your generator runs for 20 minutes before shutting down. But this is a problem faced by most generator owners.

My generator enthusiasm did push me to find out why. Because of that, I bought a generator with the same problem and tried to troubleshoot it.

I also combined my ideas with expert recommendations. I was able to make it run continuously until the next refill. What I came up with are the following troubleshooting steps. I believe they will help you.

The little hole on the gas tank cap, known as the vent hole, plays an essential role in getting fuel gravity-drained to the carburetor.

As the outside temperatures rise while the generator is running, there’s a possibility of the fuel tank pressurizing or becoming vacuum sealed if the gas cap vent hole fails to release the pressure or allow air in the tank.

As it gets warmer, the gas inside it will expand and require air space expansion to breathe and balance with the outside atmospheric pressure.

If your gas cap vent fails to balance the air inside with that outside, there is a possibility vacuum will be created inside the fuel tank as the fuel gravity drains to the carburetor. If a vacuum is created, the fuel will reduce gradually and eventually stop until there is balance.

You can troubleshoot this by loosening the gas cap a couple of turns. If your generator continues to run past the 20 minutes, the vent hole is plugged and needs to be cleaned out. If nothing improves after cleaning it, replace the cap entirely.

Your Generator is Low on Oil

If loosening or opening the gas cap did not help, there is a chance your generator is low on oil. If the oil level is low enough to start the generator, it might not be enough to keep it running.

When the engine is cold, the oil is much thicker. When you start it, it’ll start to warm up, and the oil will thin out with time. It’s then distributed to other parts of the generator engine. When that happens, the oil sensor can detect low oil and shut down the engine.

So, your next troubleshooting step is to check the oil level. Open the dipstick (generally with a yellow cap) and check how low the oil is. You want to make sure it’s on the full mark on the dipstick. If lower, add some of the recommended oil, start the generator and see if it runs past the 20 minutes.

If more than what you added, smell to see if it smells like gasoline. If yes, then there is an issue with your carburetor as it’s flooding the combustion chamber leading to gas leaking to the crankcase. We’ll address how to solve this in the carburetor problem.

Your Oil Sensor is Acting Out

If the oil level is ideal, but the generator is still shutting down after 20 minutes, your generator oil sensor might be faulty. It’s not once or twice I’ve seen the oil sensor causing such issues.

Oil sensors have a float that moves up and down with the oil level. If it were to get stuck at the low level, the generator might not even start. However, if the heat produced by the engine triggered the float sensor, there is a possibility it might shut it off after a while.

You can troubleshoot this by locating two wires coming out of the crankcase. If your generator doesn’t have any, don’t worry. Some generators don’t have an oil sensor.

But you can see the two wires, locate a joint around the yellow or green wire and disconnect it. That means you’ll be bypassing the oil sensor. So, it’d be best to make sure there is enough oil in the crankcase before attempting to start the engine.

If the generator continuously runs past the 20 minutes until the next refueling, your oil sensor is faulty. Unfortunately, you have to take the engine apart to fix it. That’s something that can cost you a lot.

Instead, you could keep an alert somewhere on the generator to remind you to check and fill the oil level before starting the generator and after running it for more than a day.

If your generator is still shutting down after 20 minutes despite trying all the above, there might be a problem with your carburetor. Maybe it is dirty or faulty. You’ll have to troubleshoot it to be sure.

Gasoline goes bad relatively quickly. And as it does, it turns to varnish possible of clogging the passageways inside the carburetor. That restricts the amount of gas getting to the engine.

The fact is, the condition is cumulative; as gas sits in the carburetor, the varnish continues to build up. It starts as a small coat of pain and eventually plugs the passageways. It’s not something that happens overnight. However, its symptoms can start to show up suddenly.

Using fuel additives like Sea Foam or Sta-Bil can help extend the going-bad process but not for that long. At some point, it’ll turn to varnish and cause the above problems.

It’s something that can happen even with a brand new engine or carburetor. The manufacturer does a test run of the generator or carb and tunes it. After this, it’s supposed to get cleaned properly, but that isn’t always the case. The cleaning might sometimes be done partially, and maybe they can forget or use less preservative spray. And it’s something fairly common.

When this happens, either the engine will not start or run without the choke on (this reduces the amount of air getting pulled into the engine, changing the fuel/air mixture), or it will run but surges.

In the first stages, the passageways will be restricted. They might be passing enough fuel to start the generator, but when you connect a load that increases the need for fuel, the carburetor cannot deliver it. And that’s where the engine shuts off.

Another way varnish could affect the carburetor is by interfering with the needle seat. It may not allow the float needle to seal appropriately. That would cause the gasoline to continue flowing even when the float bowl is full.

What happens is, the gas will overflow the carburetor and run into the combustion chamber with the possibility of running out the air intake. If that were to happen, it could seep past the rings and into the crankcase. You can check this by inspecting the oil level – check for overfill or gas smell.

How to Solve Carburetor Problems

a) Clean the Carburetor

Start by giving the carburetor a thorough cleaning. Most people assume that cleaning a carburetor removes the bowl, wipes it down, and spray some cleaner through it, which is untrue.

You want to disassemble and set the pieces aside before cleaning them with the right carb cleaner. When removing and disassembling it, be sure to take a picture or make a drawing (if you can) of where the pieces go to make the reassembly easier.

b) Replace the Carburetor

Sometimes, even thorough cleaning might not be enough. You might be left with only one option – to replace the carburetor. You got to be prepared for it.

Don’t forget to change the oil and the air filter if gasoline seeped into the crankcase because of the overflowing carburetor.

If your generator has a control panel, you might want to check it too. Some of these generators allow you to set how long you want the generator to run. The timer might be off and need reconfiguration.

Pro tip: if you’ve tried all the above and for some reason, the generator is still shutting down after 20 minutes, it might be time to visit a generator repair shop or assist for professional help.

Why does my generator die under load?

If your generator dies when you hook up the load, the carburetor is probably clogged up. If that is the case, the small-carb passageways might be blocked, preventing enough fuel from passing the carb to the engine. It might also be that the air filter is clogged, and not enough air is getting to the carburetor.